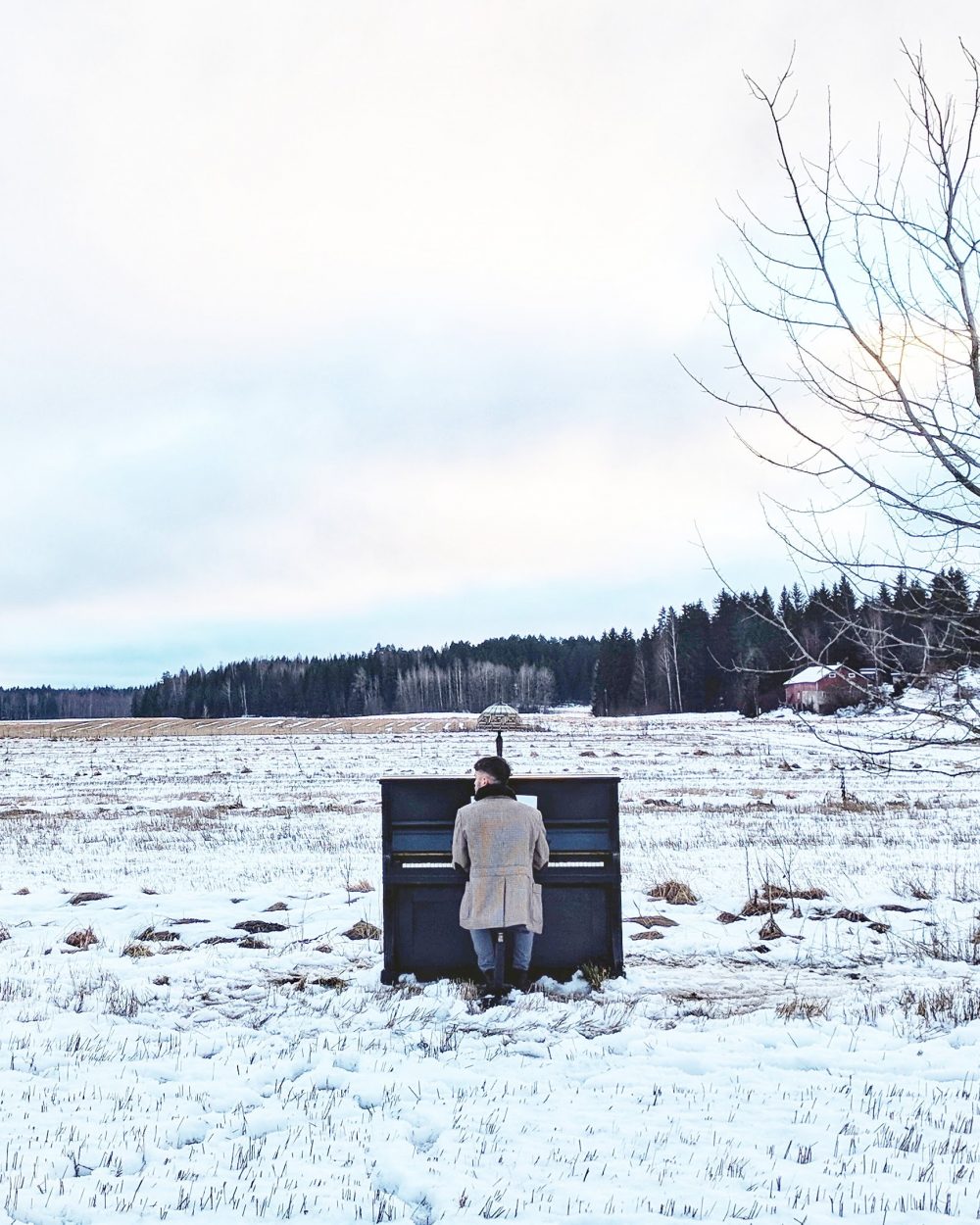 I’ve had the pleasure of working withAdam Gordon Herd, an amazing Australian pianist, for the past year, creating content for his Facebook and Youtube channels. Together, we’ve shot videos of him playing an old piano in a Finnish forest, in the sea, and on a snowy field.

Our modus operandi is similar for each shoot: first, Adam creates an arrangement and records the piano track. Then, we load up the piano on a trailer and place it in the chosen location (the piano is a 100-year-old antique we got for free, from which we removed the soundboard and hammers in order to minimize weight). Once the piano is set up, the track is played through a bluetooth speaker and Adam finger-syncs along. My Nikon D750 with a Nikkor 24-70mm F/2.8 lens is set up on a knock-off Steadycam, and we take between 6-10 takes of the track from various angles.

This time, however, we ran into some issues. As soon as we started the first take, the shutter failed on my D750. Now, the D750 has had its share of shutter issues, but my copy was relatively new (less than 1.5 years old and under 65,000 shutter actuations) and I had not had any issues with it so far. Unfortunately I didn’t have my backup D750 on hand (I made the mistake of packing light for this shoot), and Adam was leaving the next day for a 4-week trip so rescheduling was not an option.

So I did what anyone would do: I took my 2-year-old LG Nexus 5x phone out of my pocket and duct-taped it to the Steadycam.

The phone shoots 4k video at 30fps, which (on paper at least) beats my Nikon D750, so resolution quality shouldn’t be a problem. I downloaded a camera app (Open Camera) that allows exposure locking so that the constantly shifting automatic exposure wouldn’t be an issue. From there, we proceeded to shoot the video. The cold killed the battery (and Adam’s fingers) quickly, but we managed to finish 6 takes before the phone died. Here is the resulting video:

It’s fair to say we were pleasantly surprised with the outcome–apart from the very wide depth of field, I don’t think the result is easily distinguishable from a video shot with a DSLR (or mirrorless) camera. Of course, the situation was pretty ideal for shooting a cell phone video: we were outside, with plenty of light, on a fully cloudy day with minimal shadows. Still, this result would have been impossible even five years ago.

What a trip: we had big plans to shoot @aatami.herd’s new video in a snowy field today. First, we drove 40 minutes to find some proper snow. Then we realized we forgot the piano bench. Luckily we found an old stool in an abandoned barn. But then right when shooting started my DSLR stopped working. No worries though–I left my backup at home, so we just shot the whole music video on my phone. 😬 Also, it was cooold and Adam’s fingers were like ice blocks. But the show went on, I believe we may have shot the first proper piano music video on a phone in history. Exciting times.

All in all, I learned two important lessons that day: first, I need to always take my spare DSLR body along, no matter how familiar the shoot would be. And maybe even more importantly: if all else fails, I’ll always have a backup’s backup in my pocket.